Doctoring in Mandarin is tiring, I wish my parents had sent me to Mandarin lessons when I was little (like all the other Taiwanese kids) to reinforce my already weak foundation.  Only now can I truly appreciate how useful it is to be fluent in more than one language – especially in a widely spoken one like Mandarin.

Sigh, it’s such a pity that Joe is only fluent in English too, otherwise he would be able to teach me!  When I first found out he was from Singapore I got excited because I thought he would be skilled in a lot of languages, but alas I was mistaken!  I later found out he only knows English.  And Singlish – but surely that can’t be counted right?

I must look so silly speaking mandarin like a little six year old – who’d take me seriously right?  Sigh.  Virtually every single patient that walks through my door wants to be consulted in mandarin.  Gargh.

Anyway, GOOD NEWS!  Yumi emailed me yesterday to let me know she had received my Monogram edition bears!  ^-^  Here is a photo of them –

Monogram Back - going to really match my Louis Vuitton collection ^-^

On a gloomier note, I’m still waiting for my Squirrel series bears.  They were shipped out on the 9/12/11 and I was hoping to meet them before the busy Christmas season.  Unfortunately, they have still not yet arrived.  I’m currently doing quite a bit of detective work to try and track them down.  My poor lost bears >.<

Have you seen us?! (Picture courtesy of Yumi♡'s flickr)

I hope they will be found soon! 😥 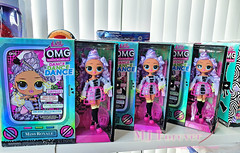 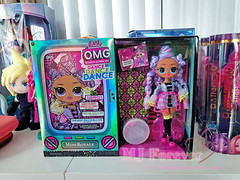 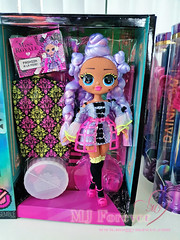