Call me crazy if you’d like, but I just took up another extra night shift in Obstetrics and Gynaecology to fund my Kiiro plague.  I managed to find the following 2 been auctioned off –

2009 Limted Edition Christmas Kiiroitori! I actually found him for my friend, Joy who had been searching all over for him! But his price was too steep for her so she didn't bid.

Happy 7th Anniversary Rainbow Kiiroitori with Maracas - super limied edition. This one is very expensive - I predict its price will be up to $150NZD at least once the auction ends.

These 2 kiiros are not easy on my bank account at all, and I’ve already overdrafted with my Rilakkuma monthly budget for the month of January, so I decided I needed to take up an extra night shift in order to afford these.

So cute! 'Rilakkuma' is written in gold embroidery on the back of their capes! Except Kiiroitori, who has it embroidered in the front - man, that chick always needs to be different doesn't he? Attention seeker. 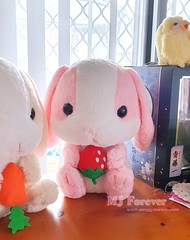 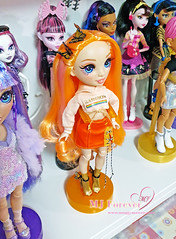 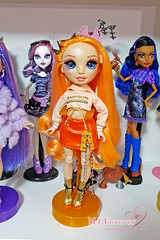