I’ve been spending waaaayyyyy too much money lately!  I’ve even had to take money out of my Rilakkuma fund so unfortunately, I will not be able to keep up with all the super cute releases!  😦 Also, my neglected Rilakkuma display cabinet has been collecting dust so I’m planning to give it some love after I publish this post.

Anyway, here are some pics I hunted down from various sellers of the actual plushes. I like to check out these sort of pics before deciding which kumas to buy/which ones I could do without lolol (although in the ideal world, I’d like to buy ALL of them!)

Pudding Rilakkuma! I totally adore the poncho look so I’ve bidded for these at a Japanese auction 🙂 hope I win! 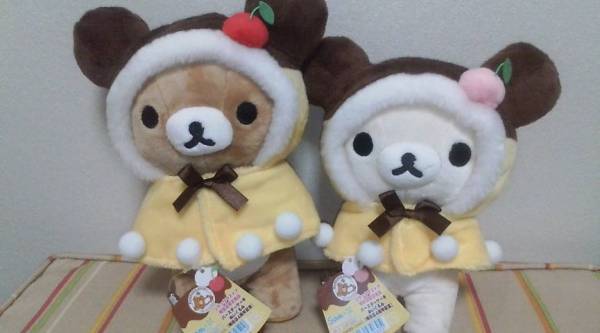 Mint ice cream Rilakkuma – again cute poncho, but I could only choose one so I decided to go with pudding (I prefer the pudding colour scheme and taste!) 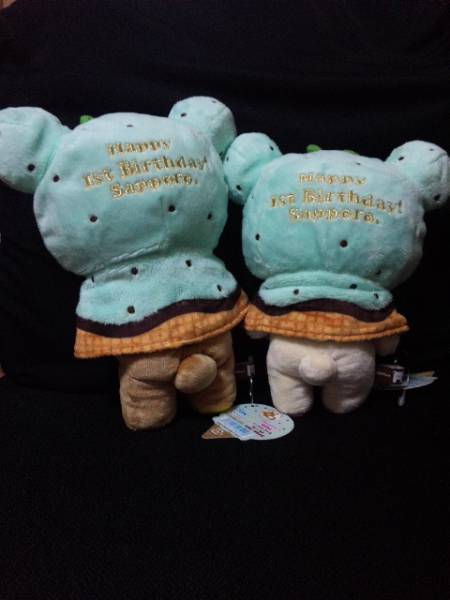 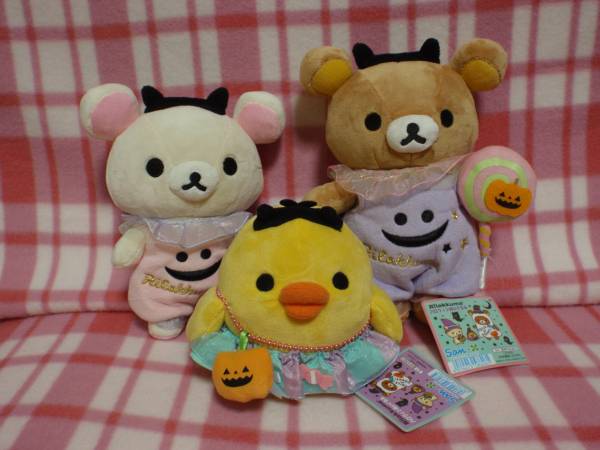 Halloween 2012! Initially I was not a fan of this design, but when I saw pics of the actual plushes on my friend’s facebook page, I TOTALLY FELL IN LOVE! This pic I’ve found doesn’t really do it justice (I didn’t want to steal my friend’s pics). They look so cute and pudgy in their little ghost sacs hahahaha! My favourite is Korilakkuma!  I love the colour scheme as well!  (my fav colours = pink and purple)

Sparkly stars on their butts! Awwwww 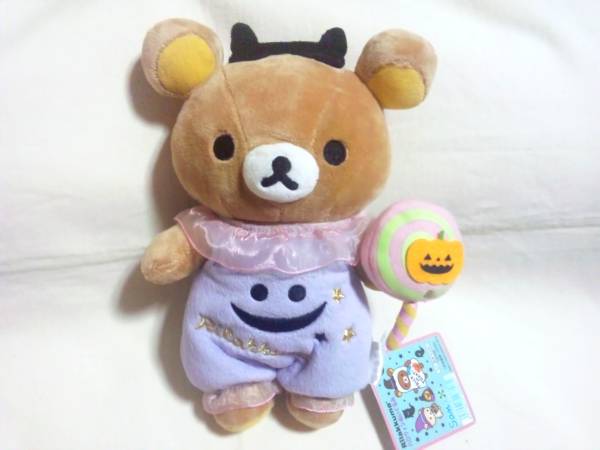 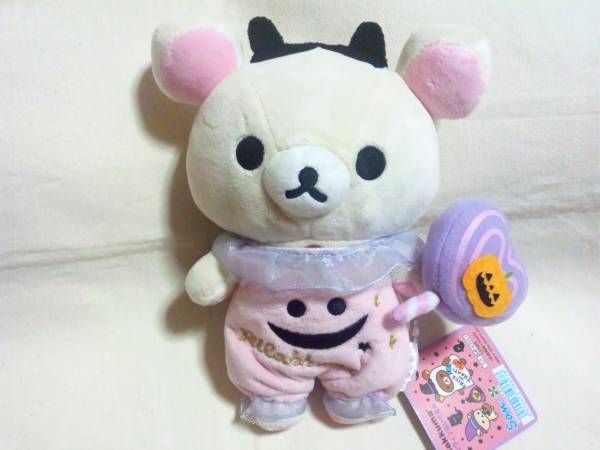 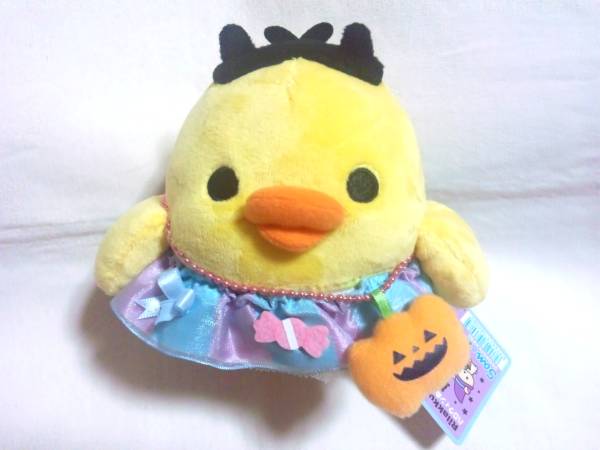 Celebrating Kichijoji Rilakkuma Store’s 2nd Anniversary – scheduled for release on 6th October. Just like Korilakkuma, I LOVE strawberries (and I love pink) so the moment I saw these I knew I had to have them!

Also, I’ve already pre-ordered the big Christmas one with the Gingerbread house… it’s so detailed and kawaii, but SOOO expensive!

Lastly, here is the Egg set –

Egg set! Due for release on 6th October. Wow, Kiiro’s proud to be a cannibal 😦

Don’t think I’ll be buying the Egg set, I find it slightly depressing (and slightly sick and even perverse) that Kiiro enjoys cannibalism 😦 What are your thoughts on this one?