So once again… I’m speechless.  But this time, I’m speechless because this plushie is so… um… what’s the word for it… um… oh yea, that’s right…

Honestly – this was the FIRST custom pony I commissioned and it took about 2 months to make?! I’m not sure if that’s completely true because Masha05 managed to make and list 4 pretty complex looking custom ponies on Ebay AFTER she told me she’d started making my OC pony. She told me it would take about a week to make O_o.

I’m quite patient when it comes to pony commissions because I’d rather they take their time and craft a quality plushie (especially since I’m paying them so much $$$), so I kept quiet and let Masha05 take her sweet time. And naturally, after paying $260USD for a custom plushie (I paid full and upfront too!) and waiting quietly and patiently for it for 8 weeks, you’d expect it to look pretty awesome, right?

Furthermore, her default size is 13 inches x 13 inches (this is including mane/tail etc) which is pretty small since it includes the measurement of any horn/mane/tail – so I requested for a bigger plushie – I asked for MJ OC pony to be about 18 inches x 18 inches (decent size if it’s including horn/tail) and Masha said she was OK with that and asked me to pay $50USD extra for the extra material – which I did.

So this is the MJ OC pony + her eyes with the highlights + cutie mark:

I was very particular about the eye highlights and she confirmed she could do them.

And here is the fail pony plushie she sent me:

First of all – she’s TINY! She’s even smaller than the default size! She’s more like 11 inches x 11inches and that’s including her big horn and long tail! So I paid like $50USD extra for nothing?! To get a smaller pony?! 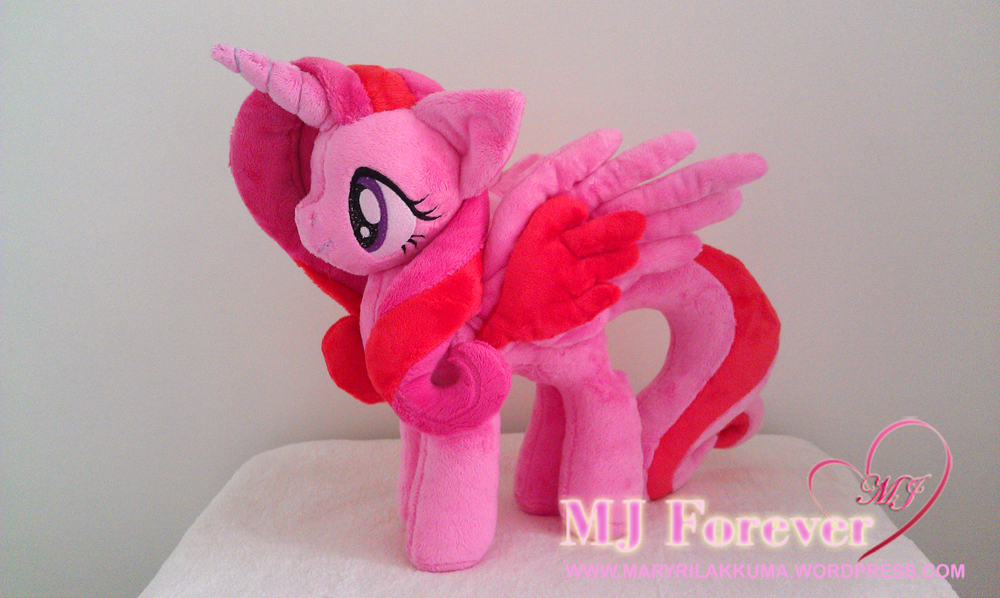 Note that some colours are WRONG – the insides of the wings are supposed to be fuschia – NOT RED! And why is the tail the same pink colour as the body coat?! It’s supposed to be fuschia, just like the mane! Why do the mane correctly but the tail wrongly? I feel what truly happened was – she ran out of fuschia minky, couldn’t be bothered ordering more fuschia in for me and decided to just use the pink minky she had left and hoped that I wouldn’t notice?!

Argh – the cutie mark is SO messy and ugly, she hand-stitched it in with red threading, there’s no pink/red gradient like there should be. It would look a whole lot better if she’d digitized/machine embroidered it. Furthermore there’s only ONE cutie mark on her left flank! She’s a blank flank on the right!

What a joke! She should have told me! Or warned me! I wouldn’t have paid so much (heck, I wouldn’t have commissioned her at all!) if I’d known she was just going to put ONE cutie mark on and couldn’t even machine embroider it! If she was having trouble doing the cutie mark, she should’ve told me and I could’ve simplified it.

And messy eye embroidery with NO highlights (despite promising them) – I don’t know much about sewing at all, but I’m guessing she didn’t use a stabiliser for the embroidery and that’s why those minky fibres are poking through unsightfully like that.

Honestly – it infuriates me that she kept agreeing to terms she couldn’t or wouldn’t keep, wouldn’t update me on anything, makes false claims (like she’ll start my pony next week and be done in 1 week, then proceeds to take 8 weeks – I even paid her in full upfront! And during that time spins out 4 other complex ponies for Ebay), does a half-assed job by just doing ONE cutie mark and then knowingly using wrong minky colours just because she’s run out of the correct one! Argh! 100% Italian high quality guaranteed my ASS.

I’m trying to get her to at least refund me the extra $50USD she’s charged me for nothing. Let’s hope she’ll be HONEST about this. I should’ve heeded the warning signs when she sent me the invoice and it said 1€ for plush, 199€ for shipping – what a shady individual.

Safe to say – I DON’T RECOMMEND HER TO ANYONE! AND I WILL NOT BE BUYING FROM HER EVER AGAIN!

UPDATE (11/8/13) – well, it looks like it’s already been a month and she still hasn’t refunded me (despite promising to)!  And I can see that she’s read all my reminders/notes but she’s just not replying to any of them.  It’s very frustrating.  The money isn’t even a big deal to me anymore, what really bothers me is the fact that she makes all these “promises” then strings you along for ages then proceeds to ignore all your notes/messages (yet, has time to reply to my friendly comments on her DA page)…  no closure at all!  Honestly.  Argh! 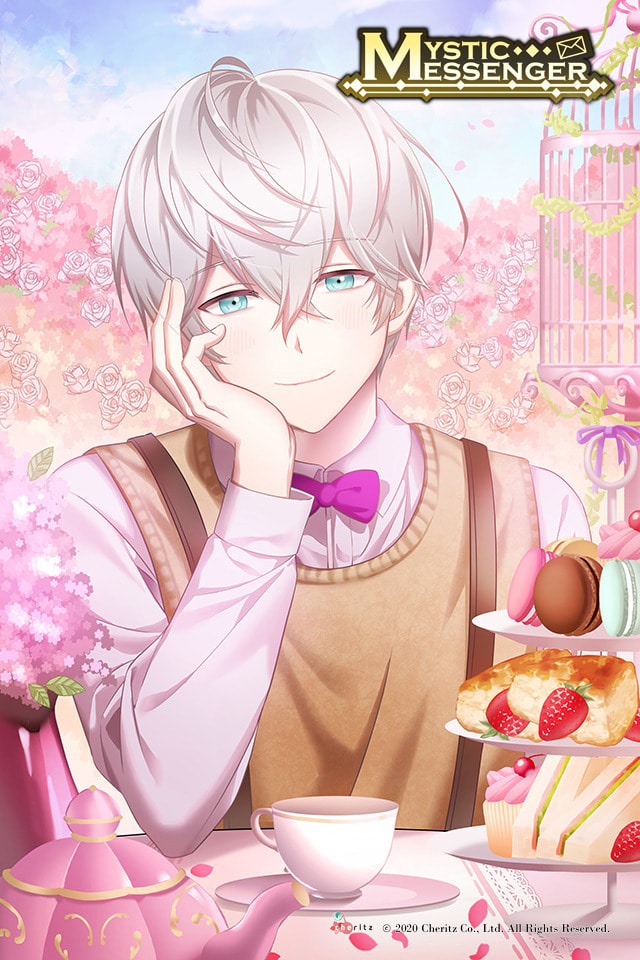