Ok! It’s been game geek merch heaven this week as most of the stuff I ordered arrived. I’ll definitely need to do a separate post for the other stuff (more Code Realize goodies, Collar x Malice badges, Norn 9 and Hakuoki figures).

So today, the pillows from Cheritz arrived! WOOPIE! This is the first time I’ve ordered merch from Cheritz. I didn’t purchase the VIP pack because by the time it was restocked the second time, I’d pretty much clocked the entire game and had already bought most of the call cards (ie: Jumin, Yoosung and Zen are all I need) so couldn’t really justify dropping more money on it. Then next was the 707 cushion I believe… and as you may know already, I’m not a 707 girl so it was easy for me to pass up on that. Cheritz also used to have merch of its other two games – Dandelion and Nameless, which I was already a fan of before Mystic Messenger was released… but they had long sold out by the time I jumped on the bandwagon (I seem to be cursed with this… I’m always a little slow on the bandwagon T^T)

Anyway, I’m so happy Cheritz finally released merch that I’d be interested in! I immediately preordered the Jumin body pillow (180cm x 47cm), then also caved for Yoosung and Jumin emoticon cushions (45cm x 45cm). I was on the fence about Zen… and by the time I decided I also wanted him, he was already sold out T^T. In hindsight, I should’ve bought the pins too… gargh. Ok, enough whinging… onto the actual goodies that came this morning! The quality is nothing short of amazing! I’m really impressed with the fabric and print quality, colours are vibrant and crisp and the fabric (even Jumin’s 2 way tricot) doesn’t catch on my dry and rough fingers! The ones from Anime Dakimakura do, so I always have to choose the peachskin variety which catch a lot less. The cushion inners were soft yet fluffy and retained their shape well (so much better than the stuff you can get here in New Zealand T^T”). The cushions were a lot bigger and cuddlier than I had expected (oh why didn’t I buy the Zen cushion too? whhhhyyyyyyy?!).

Lol… Jumin’s item… ahem… I couldn’t stifle my giggles when I saw what was inside that little black velvet bag.

And yes, yes… I know the main man Jumin body pillow is still in his packaging >.< I’ve already bought an insert for him – but I can’t bear to open him up yet! I’m super OCD and I’m afraid of ruining the fabric or getting hair on it… or getting fluff on it… or oil… or dirt… You see, I really should’ve bought two of these. I promise I’ll open him eventually… maybe in a few days when both kids are at school so I can take my time stuffing him etc. Then I’ll definitely take pics to share with you all. Another big reason why I’m taking my time to open him is because I have absolutely no idea where I could put him once he’s fully assembled. Maybe it’d be better just to hang him up on the wall like a wall tapestry? My OCDness approves.

Oh! and Cheritz also sent some extra goodies – including an adorable pink heart lollipop! It was a token of Cheritz’s apology for delayed shipment (my order was placed on the 27th July). There are also stickers, two pins (I got Zen and 707) and Jumin mug!

If you’re reading this, you’re probably also a Mystic Messenger fan… so, did you buy any merch too? If so, what did you get? What pins did Cheritz send you? I’d totally trade for Jumin or Yoosung pins (keeping Zen, pawning 707 off mwhahaha)

Ok, that’s me for now! I’ll hopefully be able to blog about all the other stuff over the weekend. Thanks for checking in! 😉 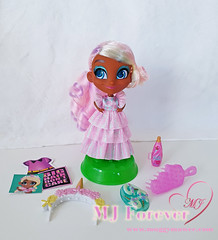 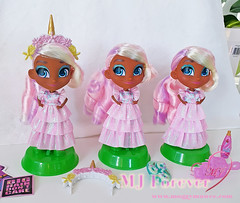 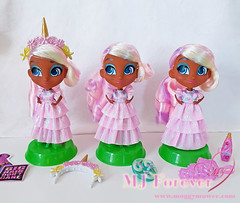