Before you read on, I prefer the new 17″ Rapunzel to the original one.  So if you strongly disagree with this, you might not want to continue reading.

I finally received my 10th Anniversary 17″ Rapunzel doll yesterday after many months of anxious waiting.  She’s my first 17″ limited Rapunzel doll, as I hadn’t started collecting at the time the original one was released in 2011.

Rapunzel’s a fairly popular princess, and the original one from 2011 now costs an arm and a leg.  Naturally everyone was super excited about the new Rapunzel doll because for many, myself included, it would be their first 17″ one.

However, just like with the 30th Anniversary Ariel doll, there was a lot of negativity after her promotion pictures were released. A lot of collectors were unhappy with how Disney chose to reinterpret Rapunzel.  Most complaints were about how “simple” her dress was, and how it should be purple and not pink.

Now for the complaints surrounding the colour of her dress.  I actually welcome this change from purple to “pink”.  It’s refreshing to see Rapunzel in a colour other than purple (I’m also probably biased because my favourite colour is pink).  I say “pink” because her dress is actually technically “magenta”.  Ahem.

Anyway, all in all, given the choice to choose just one Rapunzel for my collection, I would still choose the new one.  I’m so relieved I ignored all that negativity and decided to purchase her in the end.  This also makes all that stress from staying up late until 4am on release day, waiting forever in a buggy-as Disney virtual waiting room, waiting weeks for her to be shipped in constant fear of Disney cancelling out of the blue, paying a disgustingly exorbitant amount in international shipping and GST and many months of waiting over the congested Christmas and New Year’s holidays ALL WORTH IT!  *victory punches the air* 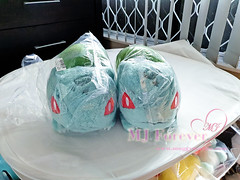 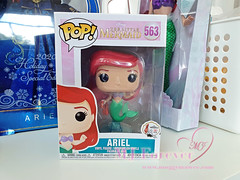 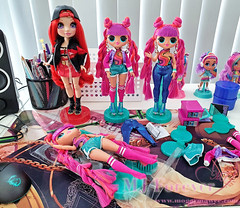