Expect to see a bunch of Rengoku merch for the rest of the year, because I’m stanning this amazing flame hashira so intensely right now.

I watched Kimetsu no Yaiba – Demon Slayer movie: Mugen Train a little over a week ago with my sister.  And the film overwhelmed me on so many levels, it’s taken me this long to sort through my thoughts, emotions and to calm my pulsing heart; enough to finally attempt at putting down something somewhat sensical.  It’s honestly extremely challenging to articulate all my feelings through words, but I’ll try my best.

Mugen Train was a masterpiece of a film.  It’s hands down my favourite anime film of all time.  I’m normally a bit of a hipster when it comes to pop culture, but I rode the hype train with Demon Slayer, and I rode it shotgun with Mugen Train.

Before I go full on cringe on why I’m erecting a Rengoku “shrine” at home, I’d like to share some thoughts on why this film is so special and timeless to me.

It’s not uncommon for me to finish an anime film, only to feel utterly confused about what the whole point of it was. Or rather, the theme just falls flat, because it fails to speak to me on a personal level, on an emotional level.  These films are forgettable, because they made me feel nothing.  I have examples, but I won’t list them in case I tilt any stans.

In contrast, Mugen Train spoke to me, and I got it.  Its overall themes were cohesive, poetic and strong, without ever feeling forceful.  The themes of appreciating the genuine beauty of the ever fleeting now, rather than clutching onto the perceived immortal happiness of the past; forever yearning for what is gone, rather than embracing what is here.

Enmu preys on the fragility of the human heart, caging everyone in their dreams of “forever bliss” – of the past long gone.  Of a past that will remain forever “happy” albeit forever unchanging, and forever stagnant; much akin to Akaza’s offer to Rengoku of immortality and “infinite power”.  The ailing children were willing to hurt and kill in order to attain this perceived immortal bliss.  But we also see how a single moment of pure warmth and unconditional kindness from Tanjiro’s subconscious was enough to move a broken boy to his knees.   Tanjiro’s soul core was like a literal sun, shining a path amidst his darkness and despair.  The human heart is fragile, but it is also this very same fragility that makes it tremendously powerful.  Or as Rengoku so beautifully puts it: “Growing old and dying is the beauty of the fleeting creature called a human being. Because they grow old, because they die. They are tremendous. Lovable. And precious. what they call ‘strength’ isn’t a word that is used in regards to the body.”  Tanjiro’s (and our) very brief, but intense, time with Rengoku further embodies that.  Tanjiro was that broken boy’s sun, as Rengoku was Tanjiro’s sun – and mine.

And that leads nicely to why I’ve become a little insane preordering/winning Rengoku merch left, right and center! I’ve already won 6 Rengoku plushies from Toreba in the past week 😆!

As much as I enjoyed all the film’s spectacular sequences, thrilling battle choreography and hauntingly beautiful soundtrack; what ultimately left the deepest impression for me was Rengoku’s parting message, his parting gift to Tanjiro; his parting gift to us all.  Finishing the film, I felt raw with grief, anguish, loss but beyond all that courage, passion and hope.  Rengoku quite literally set my heart ablaze.

It’s a brand new dawn as the Phoenix rises from its ashes.  Your sacrifice will not be in vain.  Sayonara, arigatou Rengoku-san. 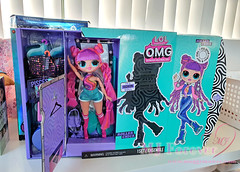 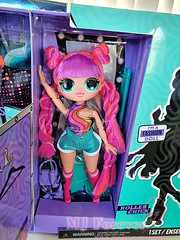