Thought I should do a quick update on the upcoming Rilakkuma releases. I’ve actually seen all of these pretty early on in my facebook feeds (leaked pictures) but was too busy (or lazy) to put them up on my blog. You might have noticed that I’ve become a lot more active on my blog recently 🙂 That’s probably because of several things:

1) I have just completed my Obstetrics and Gynaecology postgraduate diploma course! In fact, I just did the final exam 3 days ago :)… so that means I don’t have to study for at least another few months!!! (once my GP registrar training programme starts up again in December, I’ll need to study again :() Can I just say, studying and 4 months old baby do NOT mix!

2) My passion in plushie collection has been rekindled – YAY! As much as I love Rilakkuma – new series only get released in small bursts throughout the year… there’s just not enough continuity to keep me interested in blogging (really, I don’t know how you guys do it! I’m looking at you – Ariel, Faith and Wendy). And Richelle – OMG! Your posts are always so a-mazing! How long do you take to write them up?! I’m just not articulate nor patient enough to do what she does 😛

3) I want to make the most out of my last month of maternity leave :), I’m starting locum work at a local GP clinic next month. That means I want to cut down on gaming (League of Legends) and do more ‘productive’ things, like clean the house up etc Having taken my first baby steps in cutting down gaming, I’ve also made more time to shower my blog with some long-overdue TLC.

Anyway – OMG! I’m blabbering too much, here are pics of the upcoming Rilakkuma releases as promised!

OK – so this is this year’s Halloween Rilakkuma! 😀 To be very honest, I’m not a fan. It appears that Rilakkuma is a werewolf? and Korilakkuma is a vampire? and Kiiroitori is a wizard? And um, not sure how I feel about this… but don’t think I’ll be buying this set. I reckon the best Halloween set is still the 2010 Halloween series.

When I first saw the leaked photos of these, I actually really wanted them. But now with my newfound passion in pony collecting, I can’t afford to buy every Rilakkuma Wonderland release anymore – so for now, I’m going to have to give this a miss. I am HOWEVER, probably going to buy the Korilakkuma float one and maaaybe the Rilakkuma float too.

And this is another plushie set with the Marching Band theme, haha, love how Kori’s flag says “Smile and Thankyou”. It’s a store exclusive scheduled for release on 13th July. Unfortunately, I probably won’t be getting these either… 😦

And lastly, the Comic Series! Scheduled for release on the 29th June! They are wearing comics capturing Rilakkuma’s memories of all the good times he’s had with his friends in the last 10 years! XD XD Very cute and meaningful, but regretfully and reluctantly, I’m going to have to give this a miss if I want to be able to buy those epic Wonderland Rilakkuma floats 🙂

So yes – it has been a HUGE year for Rilakkuma 🙂 I’m sure he, Kori and Kiiro have enjoyed their 10th Anniversary year very much! ^-^

In summary, I will only be getting these two from the 10th Anniversary releases:

Will be getting the Korilakkuma float and maaaaybe Rilakkuma’s too 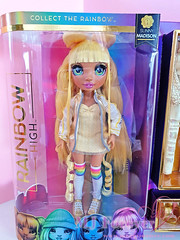 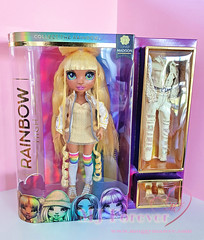 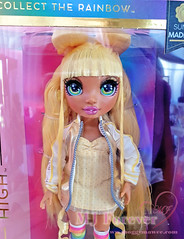