My bathroom Rilakkuma set is here! :)

Okay, I know it’s been more than a month since I last blogged hehe… and it’s mainly because I haven’t acquired any new Rilakkuma plushies to boast about!  I don’t believe in blogging when you have nothing relevant to blog about, I mean, why should anyone care what I wore to work today, what the evil pysch nurses said to me today, how my psych patient first tried to attack me then 5 minutes later propose to me or what I had for lunch today and how it made me nauseated beyond belief (which is pretty much how I feel like most of these days, for very good reasons though…).

Anyway, even though my Rilakkuma blog has pretty much been dead for the last few months or so (so sorry my dear Rilakkuma fans >.<)… my life has actually been (contrary to popular belief) super exhilarating/exciting/mind-blowing… I would go so far as to say that this is THE MOST exciting phase of my life! ^-^

The other plushies in this bathroom line have also been released, here are their pics –

To be really honest with you, I don’t know whether I’ll be adding those to my collection… I know I said in my previous post that they are ‘supah cute’ and that I would ‘definitely be getting them’ but eh… I’ve changed my mind after seeing them in plushie form.  They don’t ‘wow’ me like how the marine ones did.  Who knows? Maybe I’ll change my mind some day (yea… probably when the price skyrockets T.T)

Also – for all you WoW fans/addicts, as of this morning, Mist of Pandaria has a release date! 25th September! (as if you didn’t already know ;p). Finally, I can actually DO SOMETHING with my toon again. 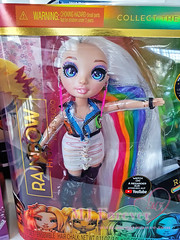