She’s so pretty! 🙂 And the Witch is amazing too! I really need to update my Disney doll collection photos some time because I’ve acquired a few more dolls since! ^^ 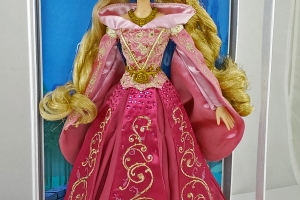 So a BUNCH of highly anticipated Disney dolls arrived yesterday! ^___^ Included would be my Disney Fairytale Designer Collection preorder set! I had fully expected on paying at least $260 customs fee for importing them into New Zealand (I know, OUCH! but New Zealand customs is a bitch […]

I was lucky enough to be able to secure a 17″ Limited Edition Blue Dress Aurora Doll straight from the online Disney store!!!  (YAY!  No Ebay Scalpers this time!!!  x3). Better still – she arrived today!!!!! ^____^ She’s breathtakingly gorgeous! I’m so so SOOOOOO ecstatic to add her […] 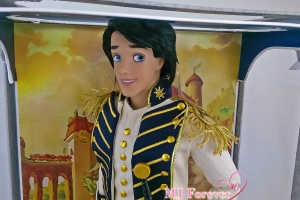 There’s been a bit of hate about how the limited edition 18″ Eric doll looks, but I reckon he looks amaaaazing!  So I’m not sure what all the haters are complaining about x3 I’m extremely happy I decided to get him 😀 The 17″ blue dress Aurora, Phillip […]

So I watched Disney’s latest 3D fairy film – “The Pirate Fairy” with Melody and Joe the other day, and I thoroughly enjoyed it.  It made me succumb to my temptation to add the limited edition Zarina doll to my growing Disney doll collection. Zarina’s not a very […]

YAY!  My Disney Fairytale Designer Collection Rapunzel & Snow White have arrived at last! 😉  They will be joining my Ariel and Belle DFDC sets :3 They are both so goooorgeous!  I’m super happy with them and love them so much! En route to me are Zarina and […]

So those who follow me on DA or FB should be aware of my recent obsession with collecting Disney dolls, especially those limited edition designer dolls. Because I started out reeeeeeally late collecting them (as usual T_____T), I’ve had to buy most of them off “scalpers” on Ebay […] 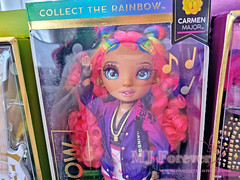 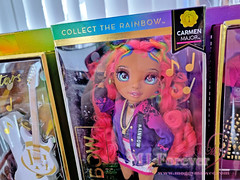 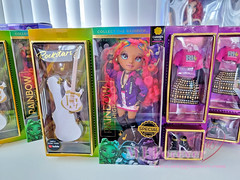